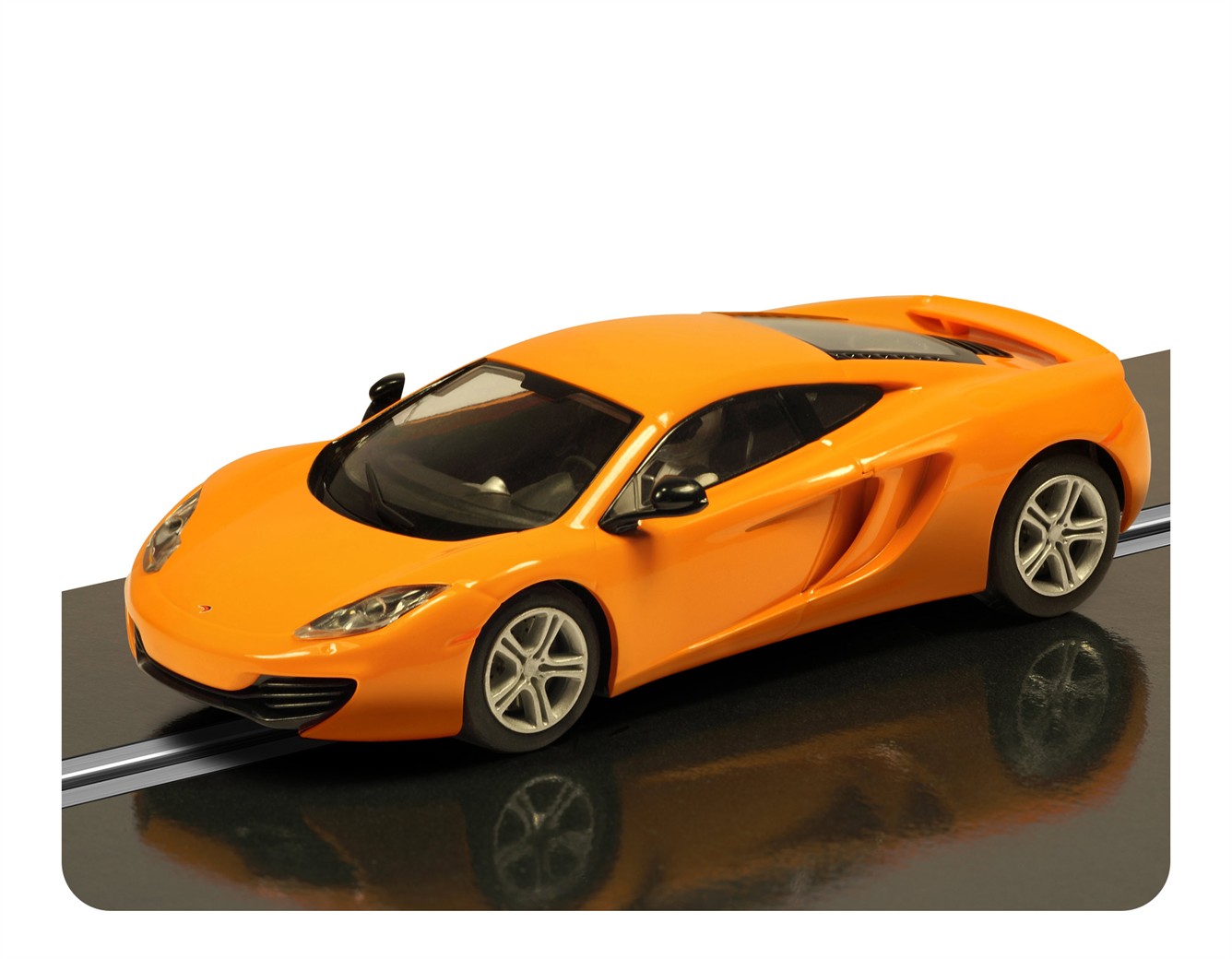 I reviewed this a few years back, video is on our you tube channel. I wasn't impressed with the road version, slipped and sliding all over the place, rattling magnet and generally to slow and not what I would expect from a super car of this calibre at all. 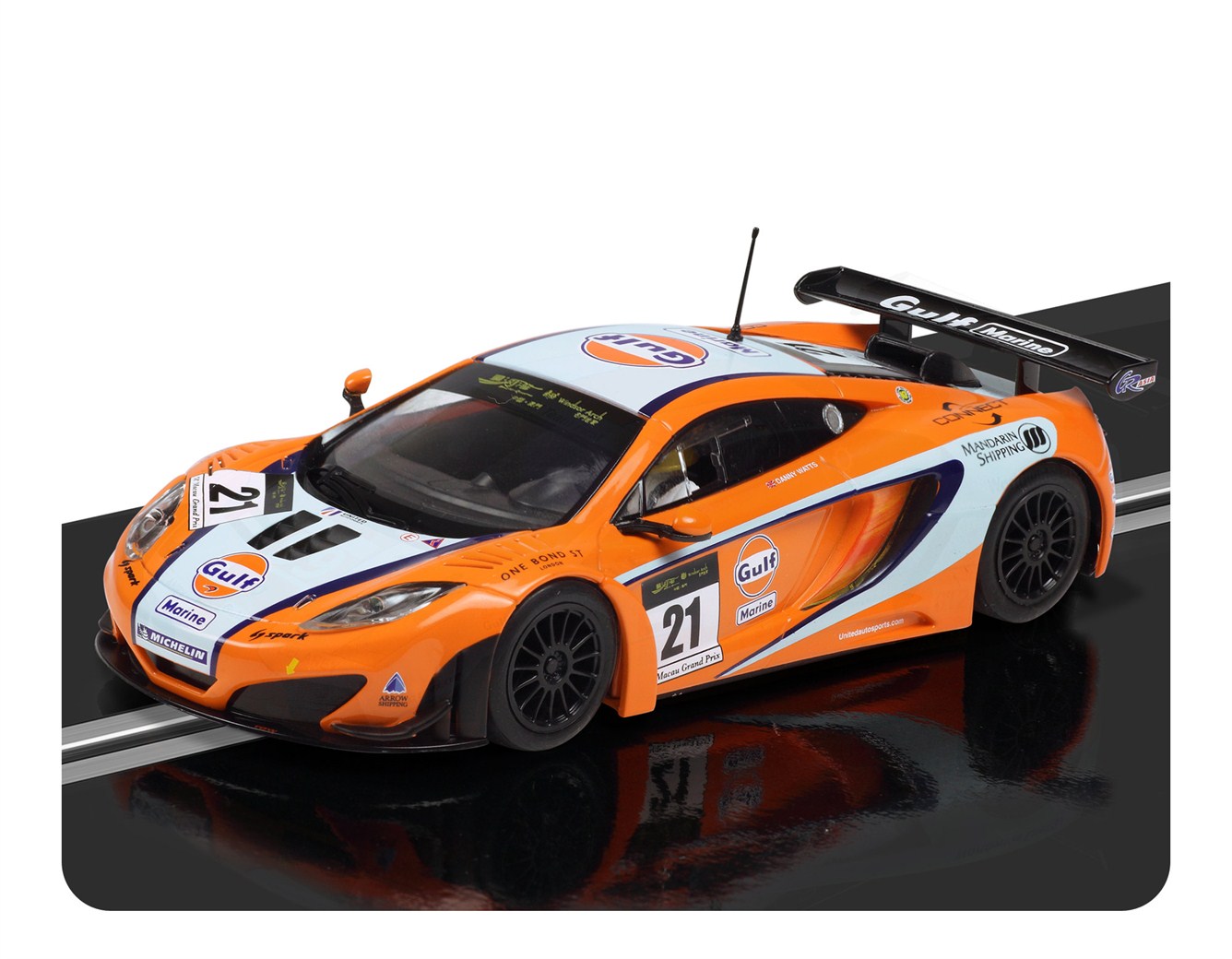 Now it looks the same, its is a MP4-12C GT3, I was expecting the same bad traction sliding about slow uncontrollable model I had attempted to use before.
On closer inspection though you will notice several changes to the model. For one the spoiler, an yes even at this scale it can make a difference, the clicking magnet issue is still there I still think it is to low to the track and any rails sticking up will scar the underside, but it now holds the track a lot better. Is this the spoiler?
I'm not sure if it is faster but as I still have both models available to me when I do the next video I shall be comparing them.

At this moment in time I think this is a better model than the road version, I like the colouring but any car in the gulf colours always looks good to me. Just something about that blue.